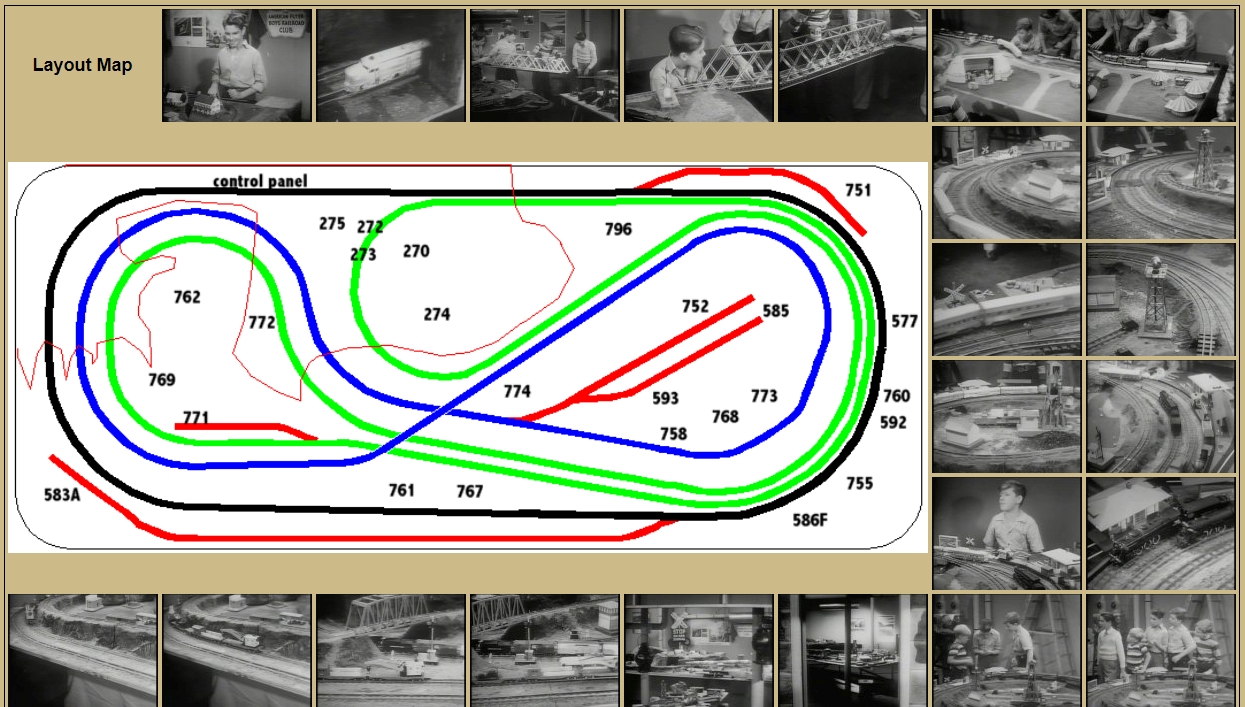 In the Boys' Railroad Club TV program, Gilbert sought to create the impression that the boys were running their trains on one huge layout.   In actuality, two layouts were used.  The first, and the one on which most of the action occurs, is the 2nd Floor layout at the New York Hall of Science.   Still shots from the TV show that illustrate this layout can be found in the section of this website devoted to the New York Hall of Science 2nd floor layout.  The second layout used, and the one that will be explored in this section, was a smaller studio layout used for all the shots which included the boys.   This studio layout was almost identical to the 7 x 16 foot Sibley department store layout discussed in other sections of this website.   In addition to this layout, an add on panel was also used in several episodes for featured shots, such as those involving the American Flyer Circus and the placement of an aisle spanning erector bridge. 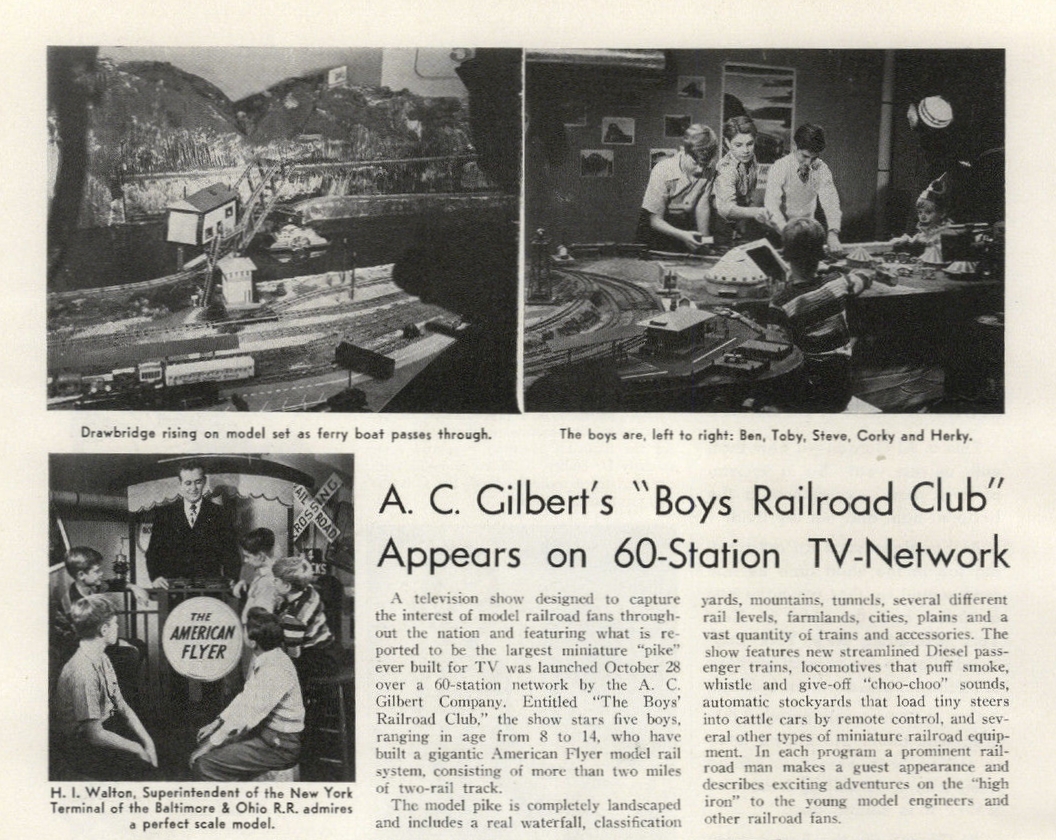 The show aired in October, November and December 1950.  It was repeated during that same time period for the next two years.  There were 6 episodes of the TV program produced, each one featuring an employee of a major railroad who discussed his job interspersed with prototype railroad shots and shots of the layouts in action. The Pennsylvania Railroad, the Baltimore and Ohio Railroad, the New Haven Railroad, and the Union Pacific Railroad were each featured in one episode. The New York Central Railroad was featured in two.

Low resolution copies of all six programs are available on the RFGCO Youtube site.  They can be found at the following links.  Commercial videos on both VHS tape and DVD have been sold in the past and may still be available.


Where is this layout today?

Though some have suspected that the Sibley department store layout was the layout used in the television program, Clay Buckage, the present owner of that layout confirms that there are distinct differences and that his layout is not the one that was used in the show.

According to Emil Suda, the Boys' Railroad Club layout simply sat in storage in the New York Hall of Science through the years between 1950, when it was used in the television program and 1967, when the building was being cleaned out.  It was then that it was originally sold.

Recently, Emil brought to my attention the American Flyer Collector's Column in an S-Gaugian Magazine from 1985 that discusses a wide variety of display layouts used in the promotion of American Flyer products. 1 One of the layouts discussed there was the Boys' Railroad Club layout.  At the time of that article the actual layout used in the studio shots was found to be in the possession of collector Fred H. Whitley, Jr., who had apparently purchased it from the original purchaser in the early 1980's.  As of the year of that article, 1985, Mr. Whitley was attempting to restore it.  I understand that restoration is still in progress.  If you can add anything to the above information, please contact me at the Contact Us link on the home page.

The Other Boys' Railroad Club Photo

I am grateful to John Huster, Lonny Beno and Emil Suda for their assistance in developing this page.