After the New York Hall of Science closed in 1958, 200 Fifth Avenue became the location of Gilbert's New York Showroom until the company's demise in 1967. 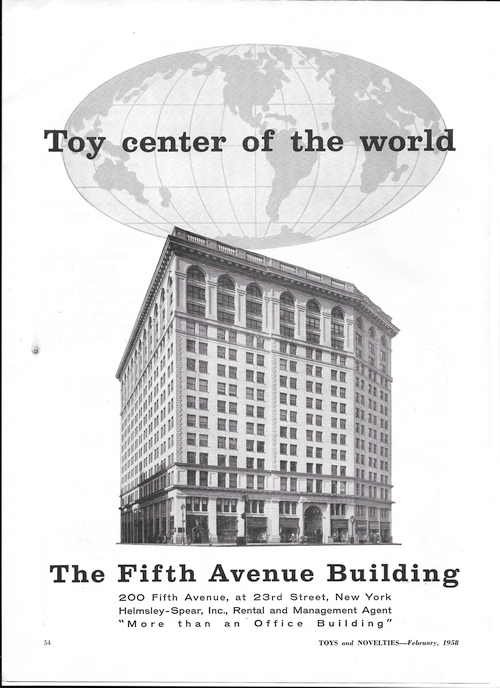 200 Fifth Avenue, also known as the Fifth Avenue Building, was built in 1909 and became the location where most of the toy manufacturers of America had their New York Headquarters.  In the photo at the right above, you can see 200 Fifth Avenue on the left and the Gilbert Hall of Science at the far right.  They were about a block apart.  Both Gilbert and the American Flyer Manufacturing Company before them had a presence in the Fifth Avenue Building.  I am not sure how significant that presence was during the period of time between 1941 and 1958, when Gilbert operated the New York Hall of Science.

While the 4200 square foot size of the Gilbert showrooms at 200 Fifth Avenue may sound large, it was quite small in comparison the to approximately 14,000 square feet available in the 6 floors of the Hall of Science building down the street.

During Gilbert's post Hall of Science time at 200 5th Ave., a good sized layout was constructed, but as can be seen from the photo below, it wasn't even close to the size of either the first or second floor layouts that were left behind at the Hall of Science.  I understand that Gilbert considered trying to take some of the first floor Hall of Science layout, shown elsewhere on this website, to the new location, but found that to be impossible.

There are very few photos of the American Flyer layout of the late 50's and early to mid 60's at 200 Fifth Avenue.  There is one photo of Frank Edgcombe, the Gilbert employee responsible for the layout, standing in back of a portion of the layout in the introduction to the 2nd and 3rd editions of the Greenberg Guide to American Flyer trains.   The photo below is the best overall photo of the layout and was found in Playthings Magazine, a toy industry trade journal of the time.  Maury Romer is shown standing at the back of the layout. 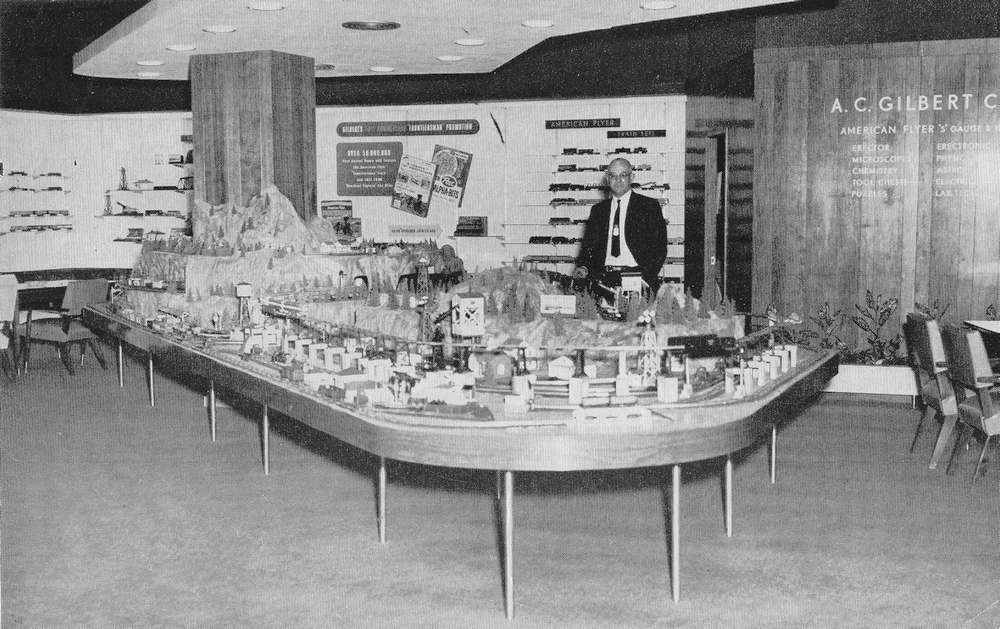