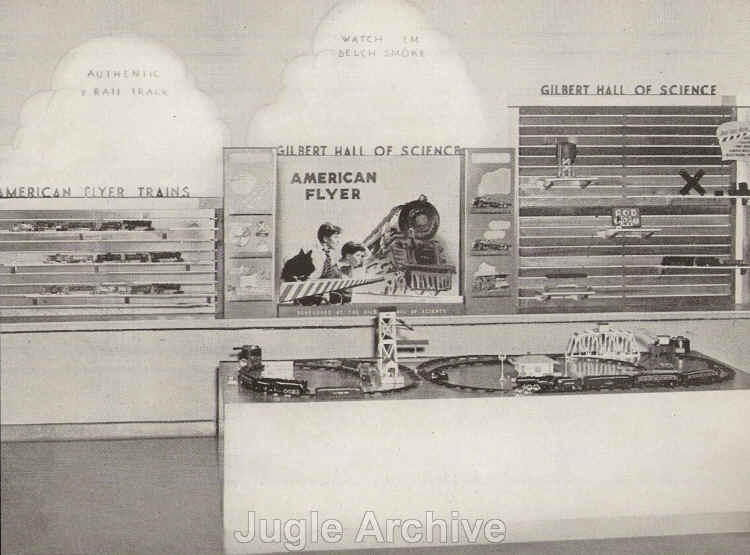 Photo courtesy of Andy Jugle
This photo depicts a 1947 layout in Wanamaker's Department Store in New York City.  Click on the image to see it in a larger size.

The Ray Mohrlang Collection contained several photos from Wanamaker's Department Stores and it has taken some time and research to figure out which were from the New York Store and which were from the Philadelphia store.  After finding some of these photos in other Gilbert publications, complete with captions, we were finally able to put these photos in their proper context.

1946 New York Layout
The background shelving and poster from the layout shown above  seem to be a mirror image of the 1947 display shown above.  We were able to date it as 1946 based on the lettering on the locomotive tenders.  1946 was the only year when Gilbert produced locomotives bearing the names of real railroads.  The Hudson is lettered "New York Central" and the K5 is lettered "Pennsylvania."  Steam locomotives produced in other years had tenders lettered for "American Flyer" or "American Flyer Lines."  You can see the 1946 lettering in the enlarged section shown below.

Close-up view of 1946 engine lettering from the above photo 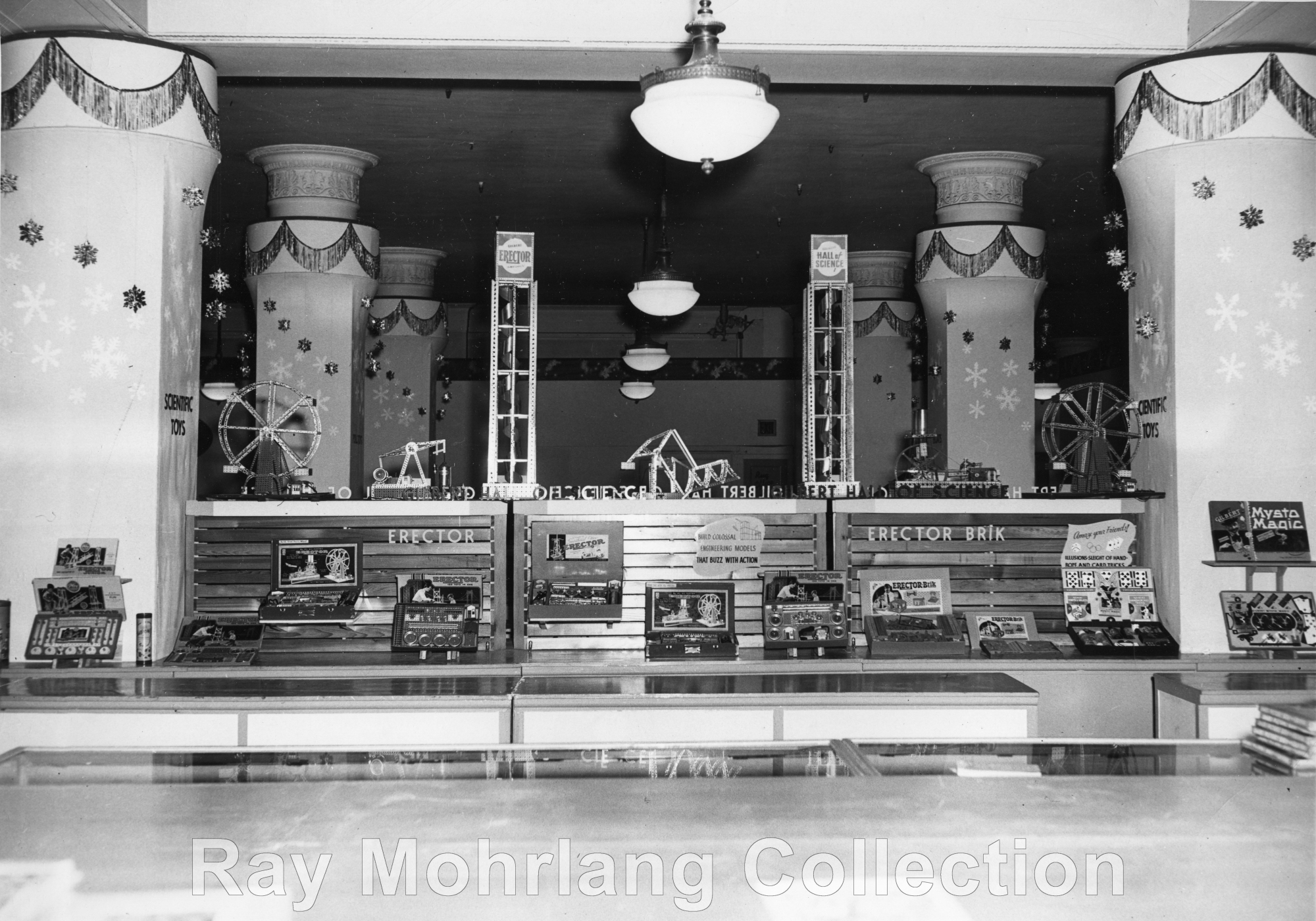 1946 Erector Display
This photo is presumed to be from 1946 based on the style of the pillars and the light fixtures which match the layout photo above. 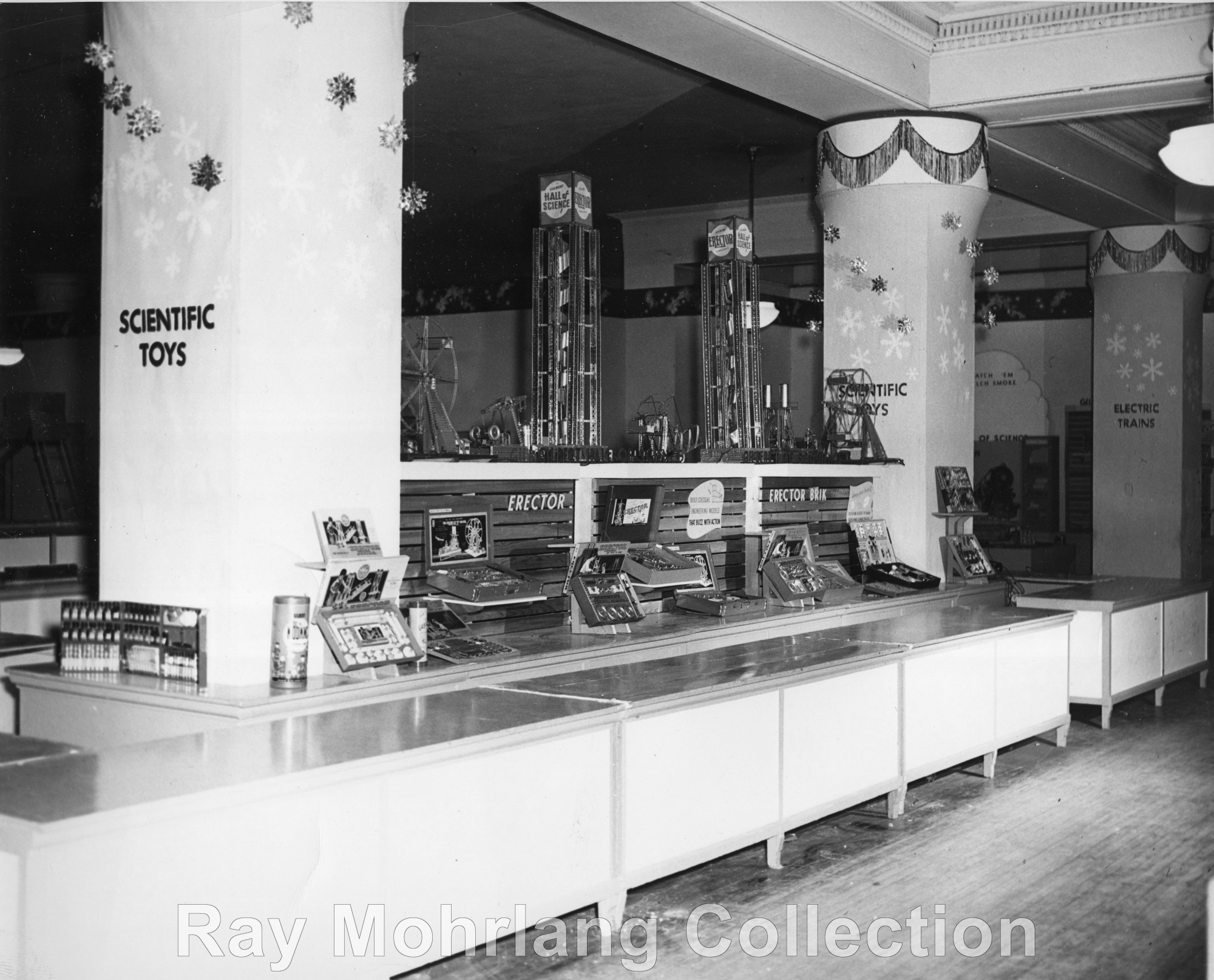 1946 Erector Display
This photo is also presumed to be from 1946 based on the style of the pillars and the light fixtures which match the layout photo above.  Some of the display items may have been rearranged in this second photo.