This photo appeared in the 1948 display catalog, D1511, and also in a book titled "Make Your Own Gilbert Hall of Science," which was designed to provide information for stores on effective display techniques.  Below, courtesy of Andy Jugle, is a scan of the original glossy photo which was used in the catalog and book. Click on the image to see it in an enlargeable format. 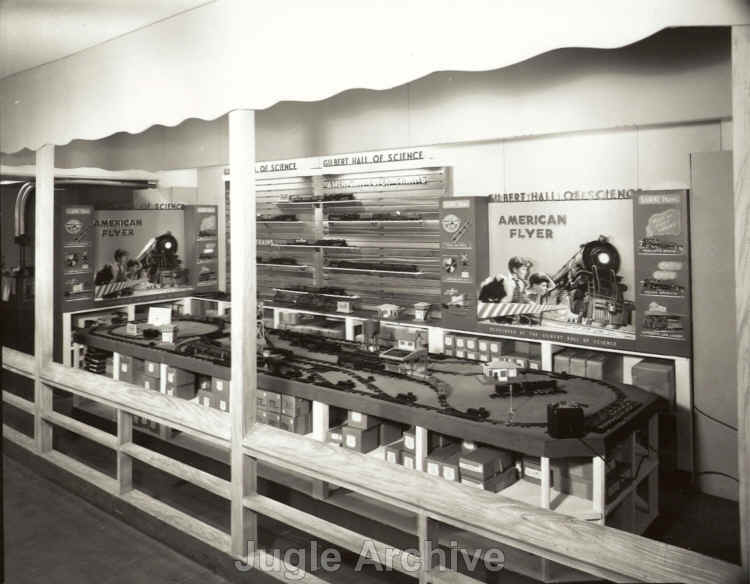 
G. Fox and Co. was an 11 story department store in downtown Hartford, Connecticut.   They sold Gilbert's American Flyer trains made in nearby New Haven.  This photo of the sales area and layout was probably taken in 1947, the year when G. Fox celebrated its 100th Anniversary.   That was also the year when Gilbert issued the very rare G. Fox boxcar.   Shown below is the original car and a reproduction.  (note the difference in coloring and the lettering for "Serves Connecticut", which appears in italics on the original car)  For more information on G. Fox & Co, click here.