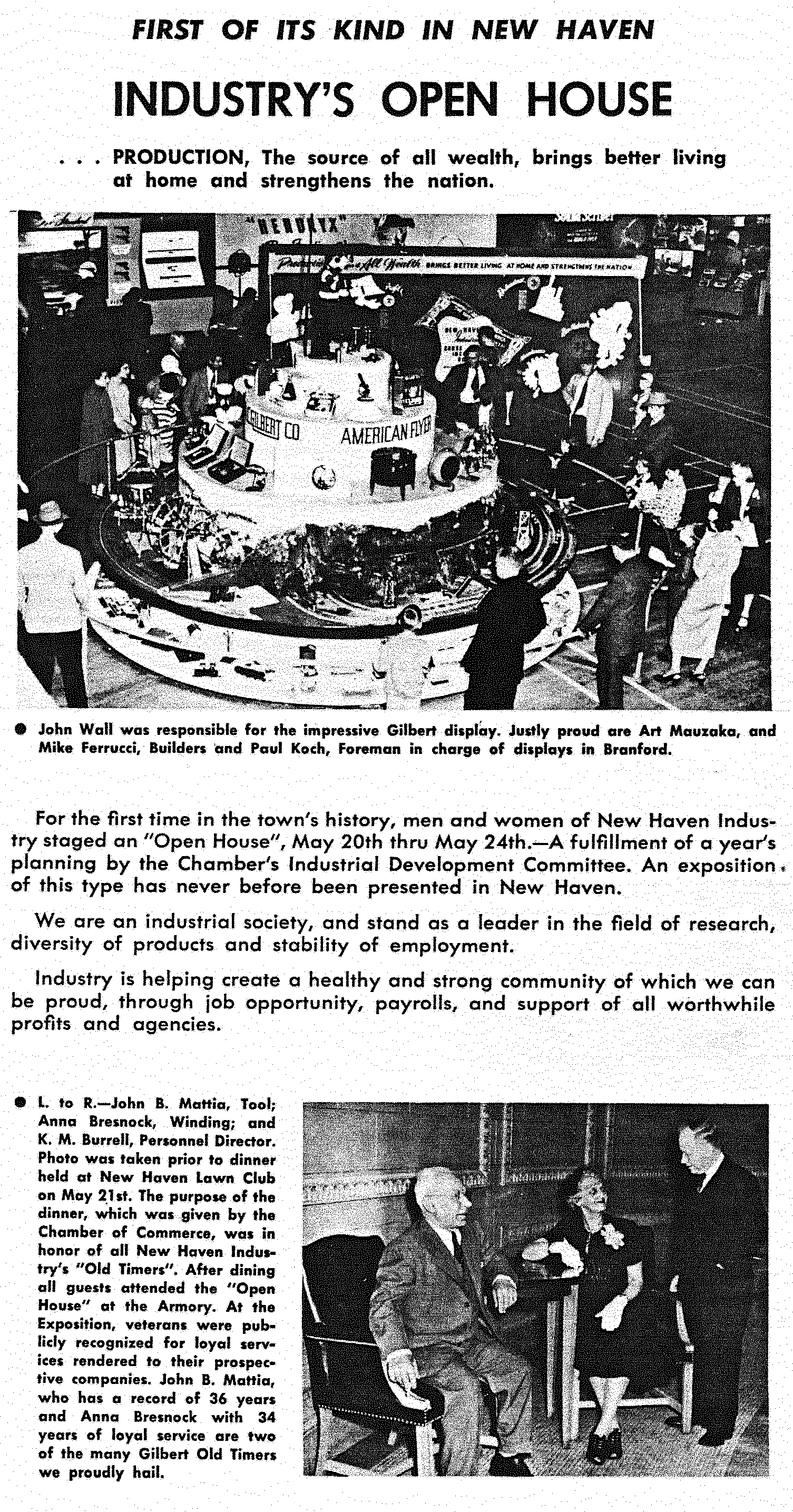 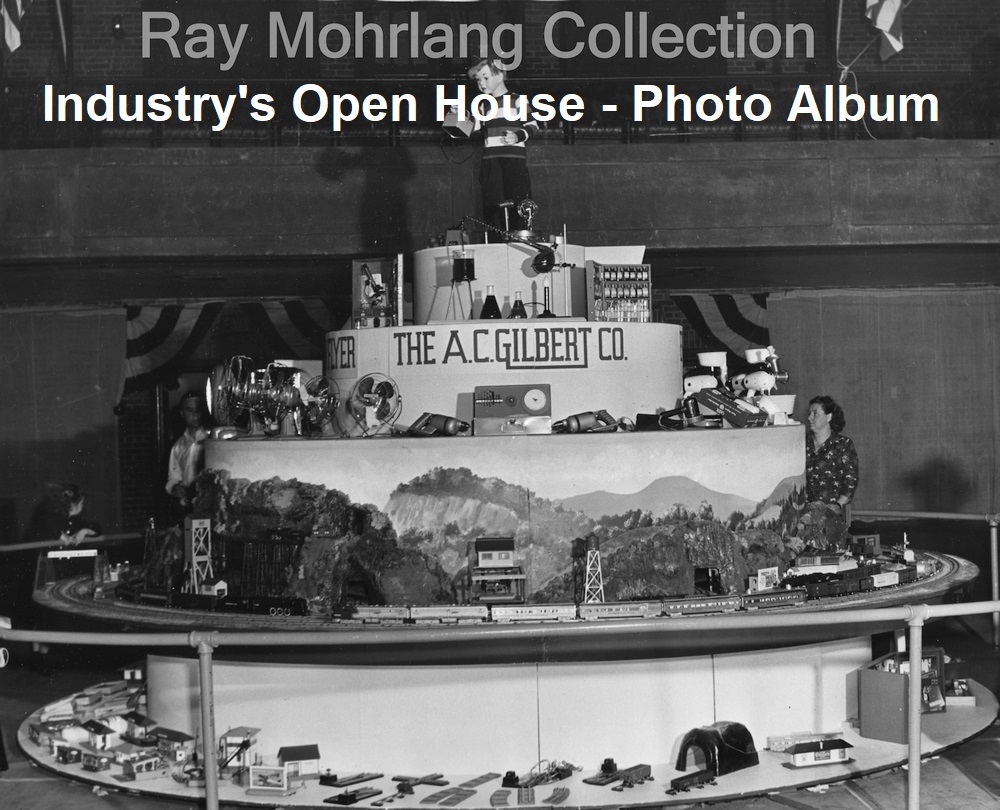 Between May 20th and May 24th, 1952, an open house was held at the Goffe Street Armory in New Haven, Connecticut.  The A.C. Gilbert Co. was a prominent participant in this show and prepared a display.   They wrote about the show in their employee newsletter, The Gilbert News, in the article shown at the left.  This round display had been used before at the Eastern States Exposition, held yearly in Springfield, Massachusetts  as a combined state fair for the New England states.  Photos of this display can also be seen in the section on the Eastern States Exposition,  along with other Gilbert displays that appeared there from 1948 to 1963.  Click on the image at the near left or on the button above to see an album of photos from this New Haven event.