Freedomland was a theme park located in the Bronx, New York developed by Cornelius Vanderbilt Wood, sometimes referred to as C. V. Wood. Wood had previously worked for the Walt Disney organization and helped choose the location of Disneyland in Orange County, California.  At some time he had a falling out with Disney and went on to develop his own amusement parks, of which Freedomland was one.  It opened on June 19, 1960 and was relatively short lived and only lasted until 1964. You can get more information on Freedomland at this Wikipedia entry.  Surprisingly there are several videos of Freedomland available on YouTube.  A few are contained in the links below, but there are more available.

Below you will find Photos of three Gilbert exhibits that are believed to be from Freedomland.

This is the only train related display of the three.  It depicts railroading "Yesterday and Today" using the Frontiersman set on the top level and modern equipment on the lower level.

The display pictured below touts Gilbert's 50 year anniversary in 1959. Since the park opened in mid 1960, it is quite possible that Gilbert was still talking about this anniversary. The "A.C. Gilbert Co." signage is identical on both signs and the photos were marked "Freedomland." 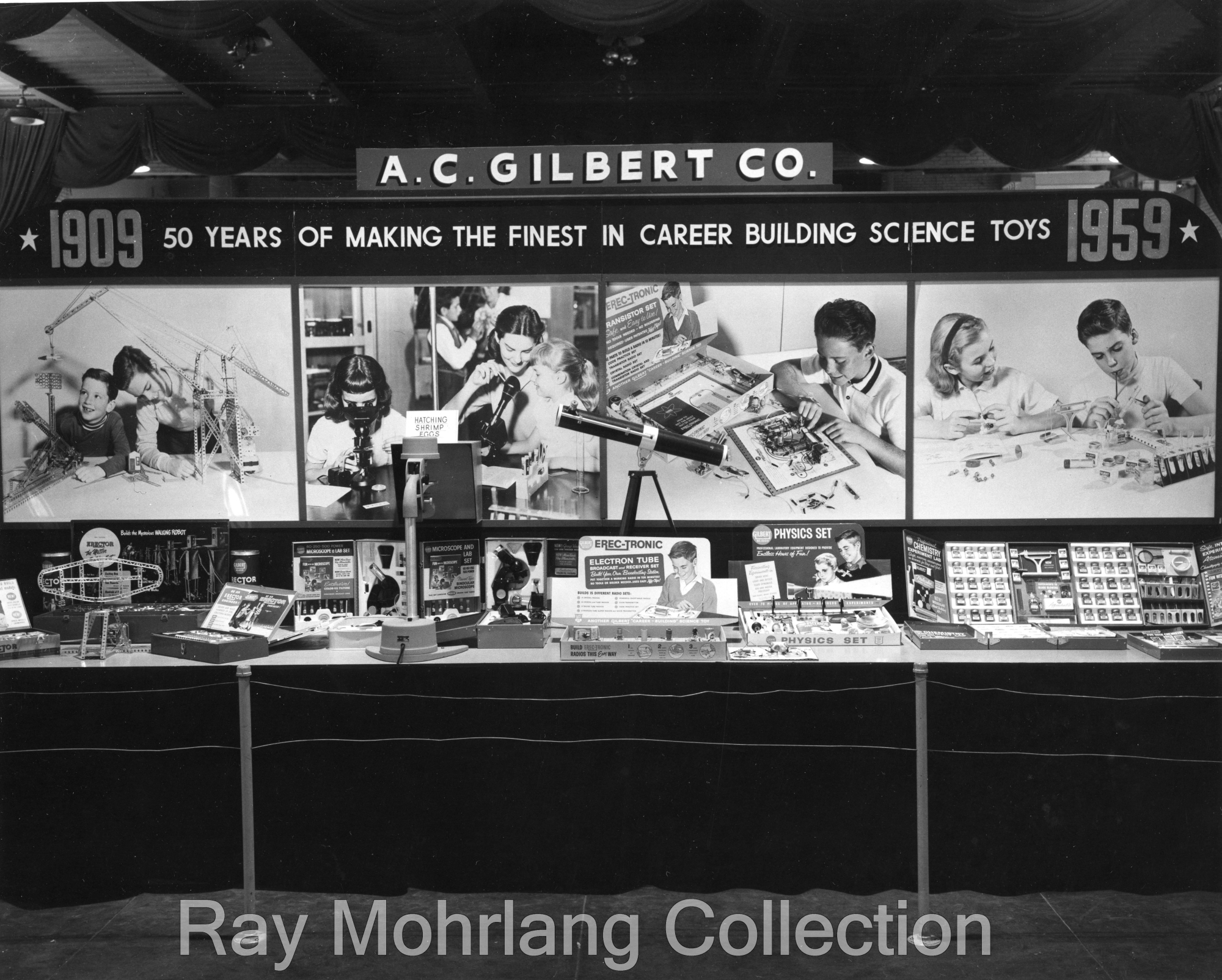 This last display consists of a photo of the central portion of the display and two additional photos of the left and right wings.  The photos were marked Freedomland and for that reason are included here.   I believe the display may be from 1962 based on the products displayed and the use of the shield with the words "Safety Tested - Gilbert Hall of Science."  This same shield was used in a 1962 Gilbert science toy catalog.  This is an example of Gilbert's use of the phrase "Gilbert Hall of Science" in advertising after the Hall of Science in New York had closed. 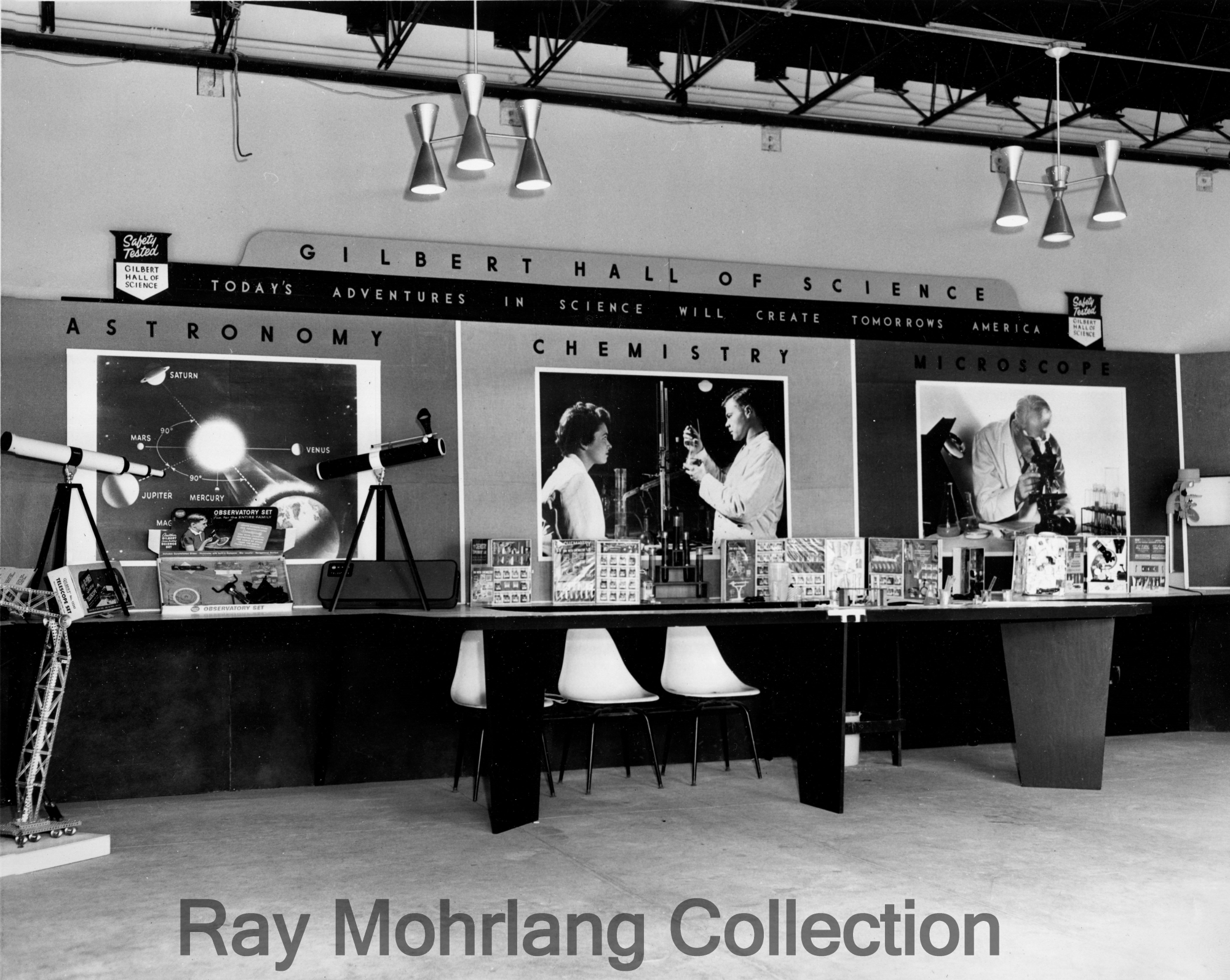 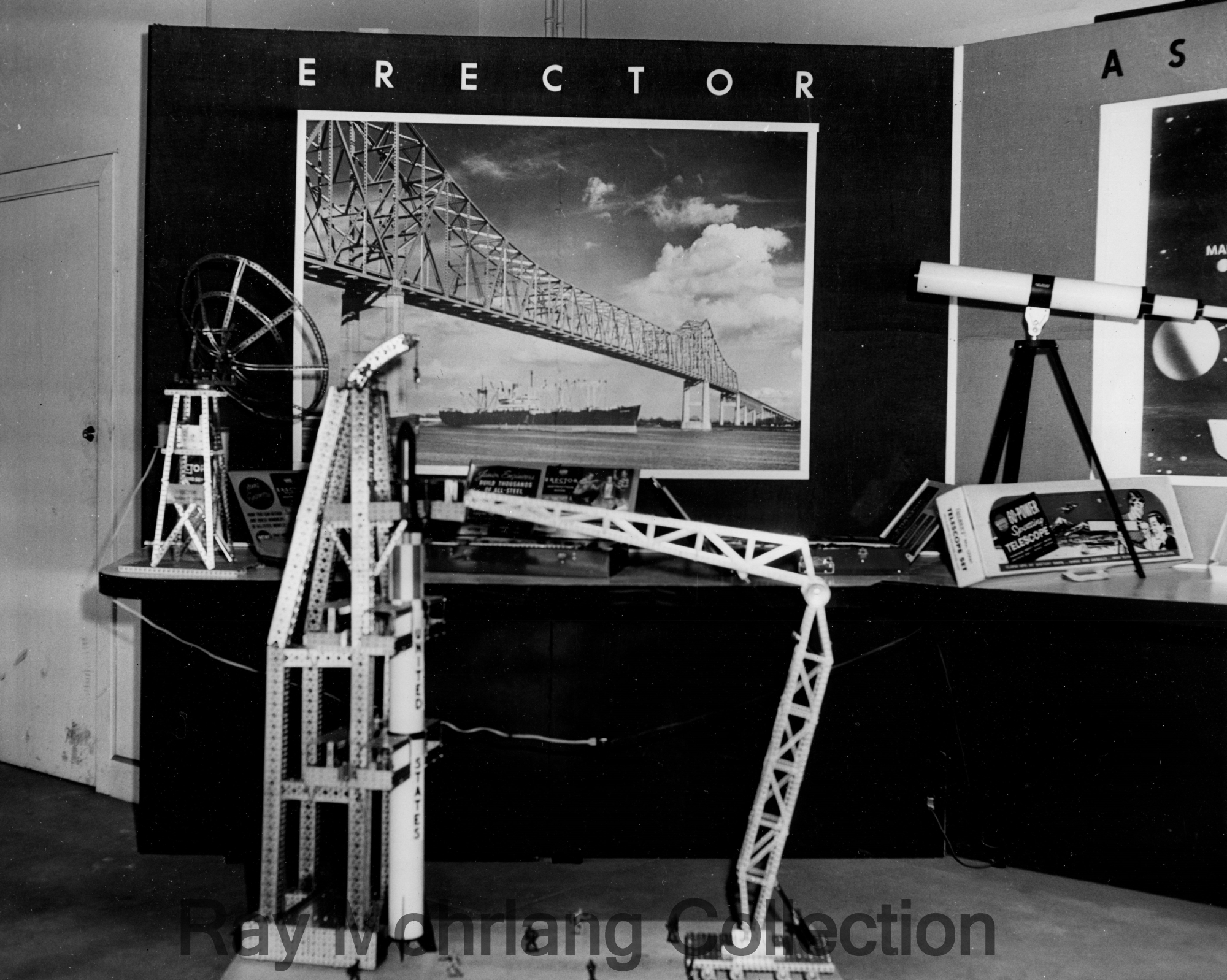 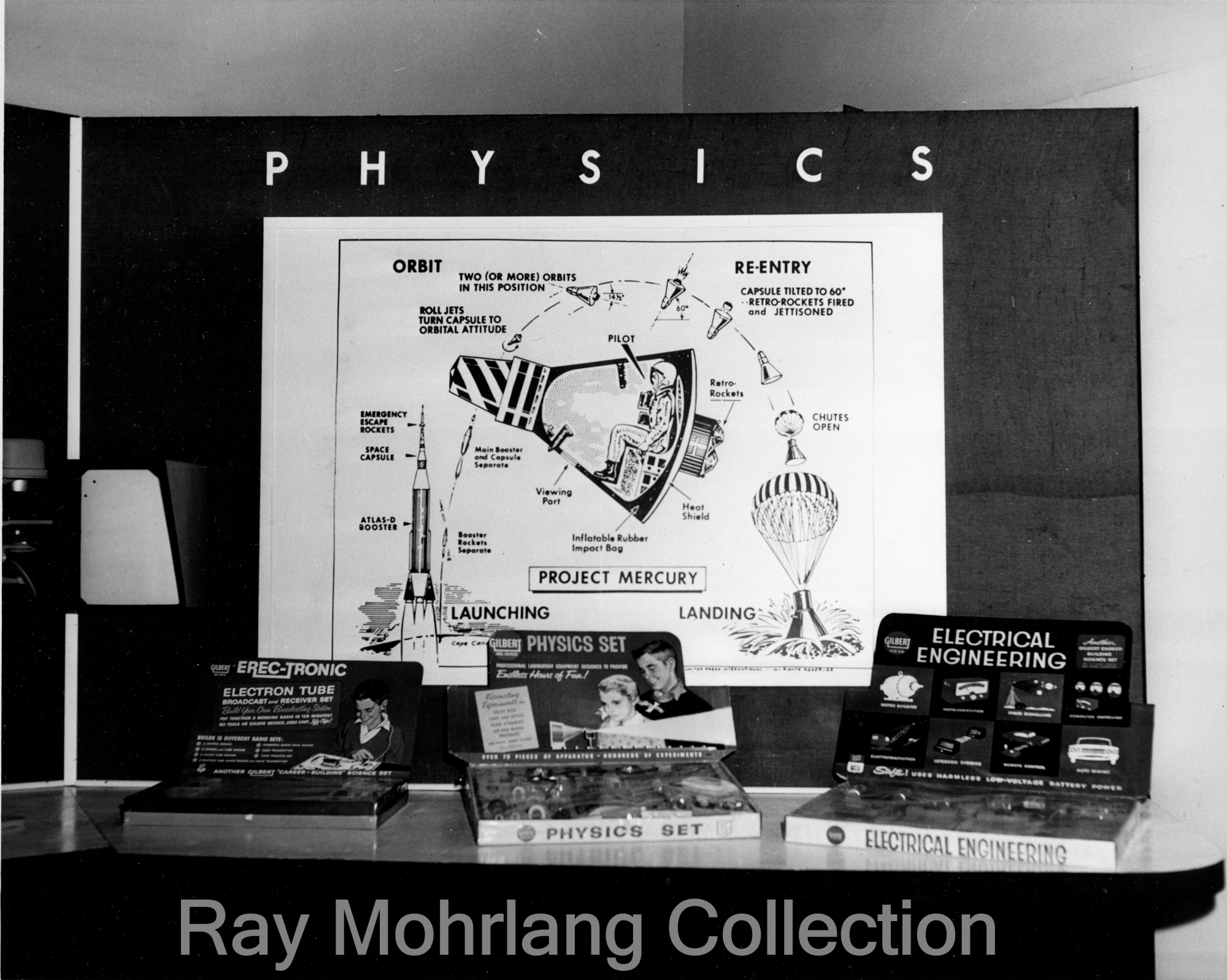