Other Photos of the layout courtesy of Kalmbach Publishing.

We are fortunate to have two excellent articles in Classic Toy Trains Magazine containing several photos of this fantastic layout and a 1994 re-creation of the 1948 layout.  The first article 1 details the construction and history of the original layout and the second article 2 chronicles the building of the 1994 replica by Scott McAbee, assisted by Bob James, the original builder.  The replica layout was displayed at the 41st annual TCA Convention in Seattle in 1995. 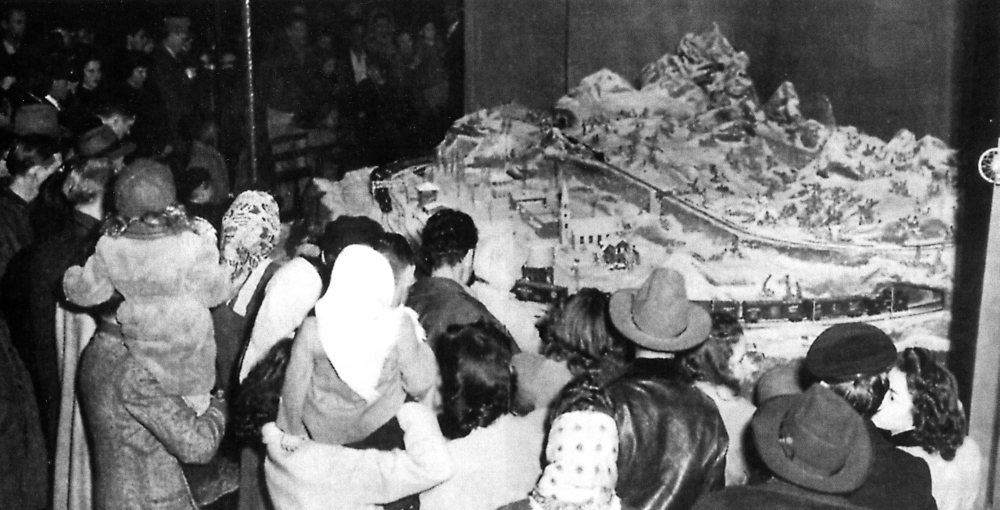 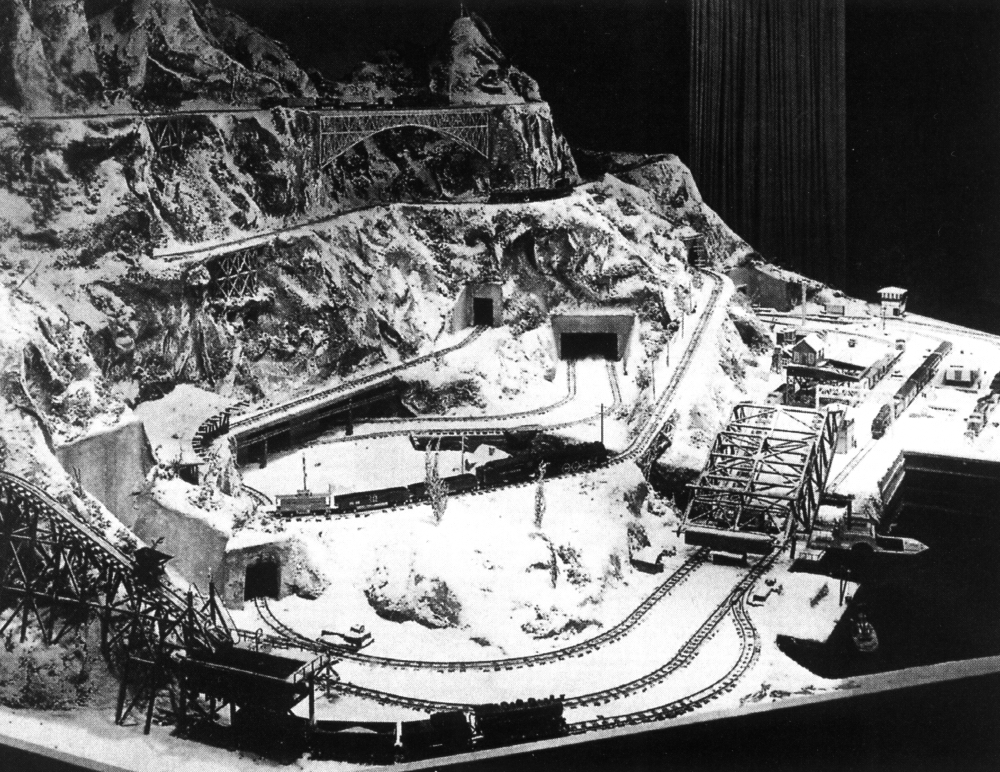 1948-1951 Bon Marche Layout - Most Likely From 1949 (Toy Train Memories - Page 68)
The caption in the book says the photo was taken in the "early 1950's" but I doubt that as 1950 was the year when oil derricks and water towers were added to the hills and they are not present in this photo.
Photo used with permission of Kalmbach Publishing 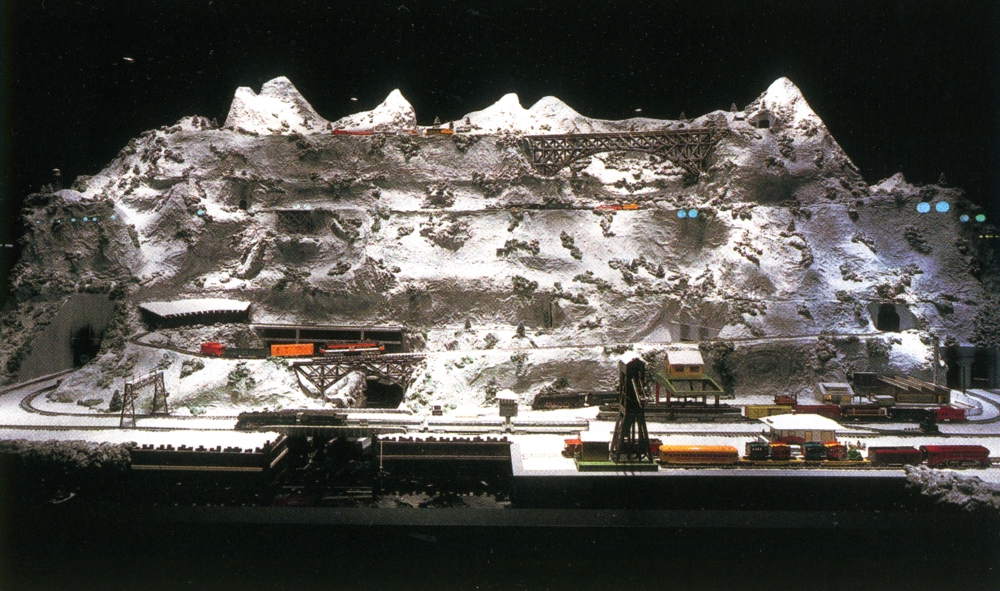 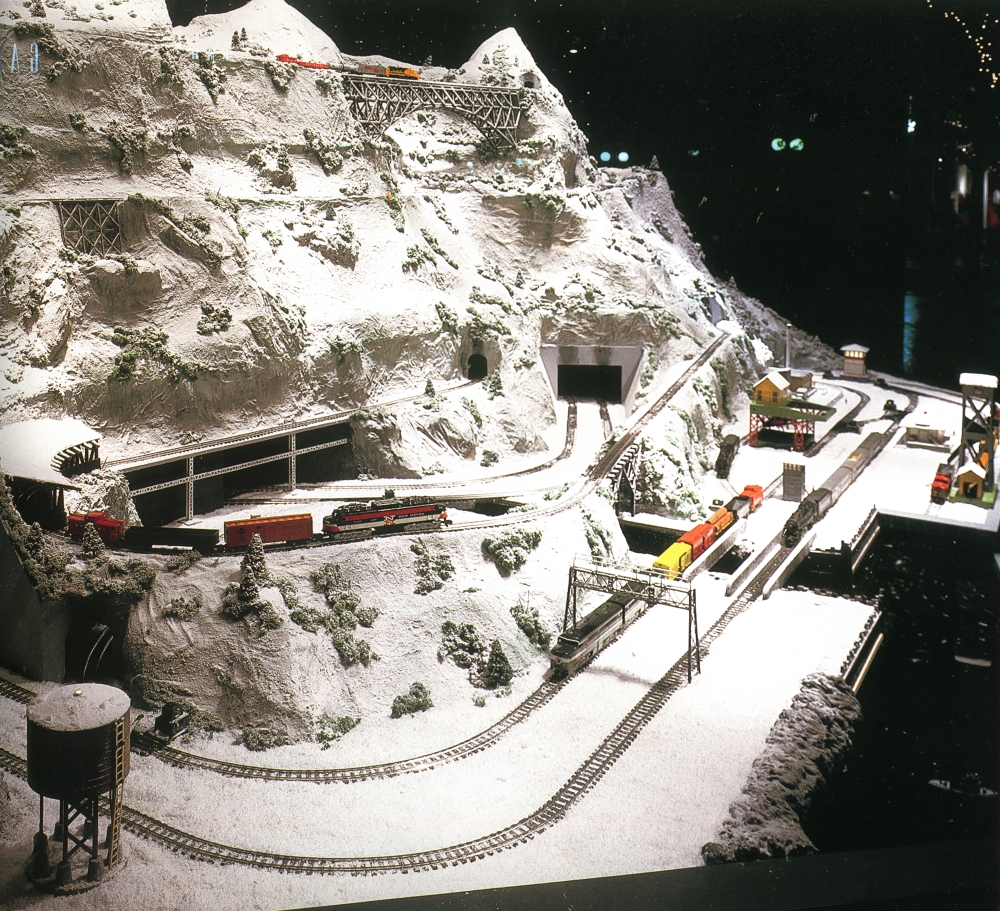